Following a competitive tender situation, Interplan were awarded the contract to manufacture and install the External Building Identity Signs and Internal Wayfinding signs for The Gate restaurant and bar facility in Newcastle.

The ‘award winning’ show piece of the project was the 3-metre-high lettering on the main facade which consisted of an opaque black case line and a translucent white inner letter which was illuminated from behind the glazing by means of LED’s assembled into fabricated aluminium lettering. Interplan rose to the many challenges presented by the build specification and were delighted to be awarded the Construction Sign of the Year at the 2018 British Sign and Graphic Association annual awards in November 2018.

The internal signs consisted of various types of vinyl graphic applications which are illustrated on the accompanying images and can be summarised as follows: –

Lift shaft glazing was clad in 478 square metres of translucent pink vinyl which involved the vinyl being cut on site around the existing glazing fixings. Floor identification numerals were 1100mm high, applied at each level and reinforced by strategically positioned vinyl Wayfinding information.

The glazed sides of both escalators were clad in 160 linear metres of translucent vinyl to enhance their appearance and brighten up the areas in which they were situated.

Other Wayfinding information was applied to stippled and painted walls, necessitating that the vinyl was applied with a heat gun and the finished product appeared as if it was painted onto the surface.

The 12 no floor directories were fabricated in aluminium which was powder coated white. To ensure that future changes in tenants were ‘future proofed’ the directories were wrapped in digitally printed vinyl which was protected with a matt laminate film.

All of the materials and colours chosen by Momentum Wayshowing were carefully considered so that they provided maximum impact and greatly improved the visitor experience for people visiting this unique facility. 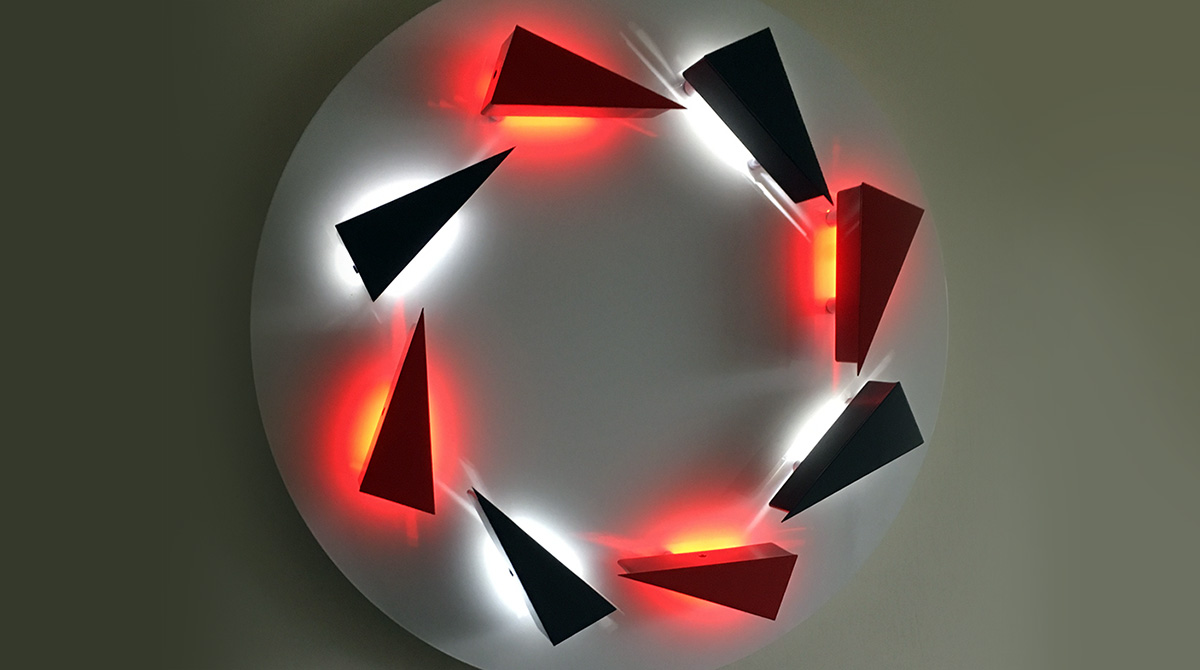